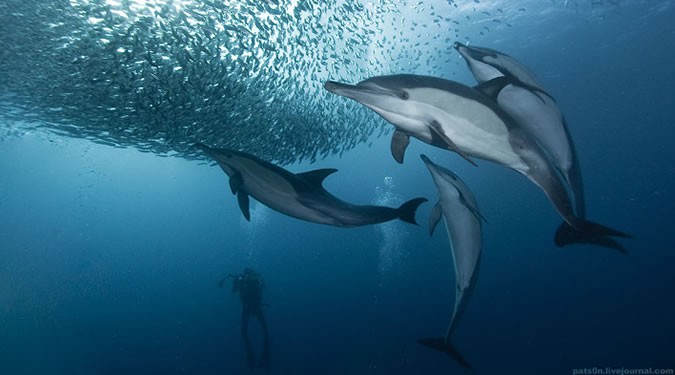 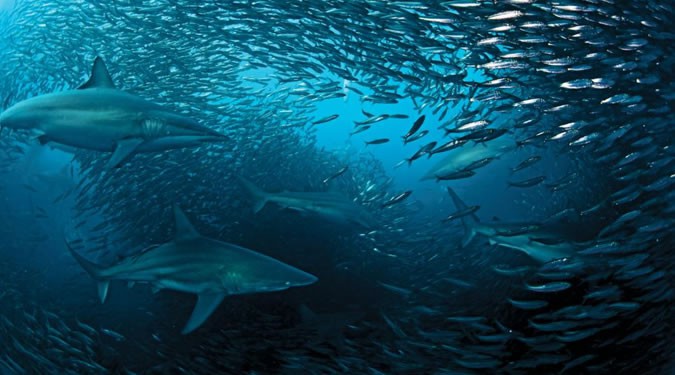 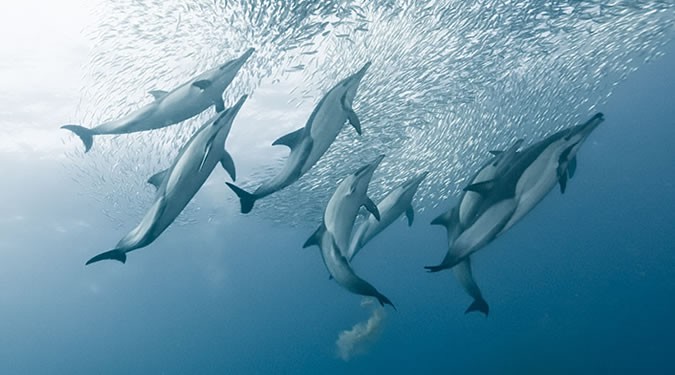 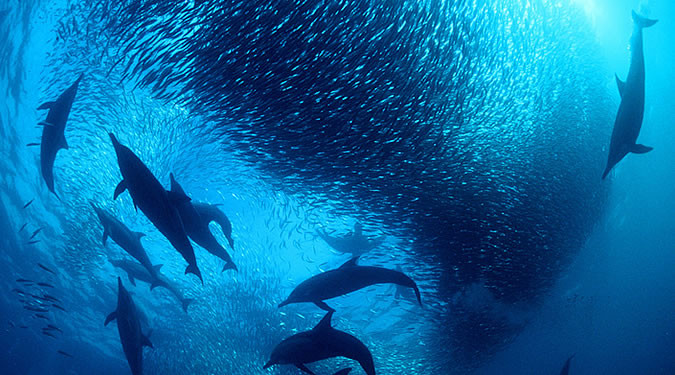 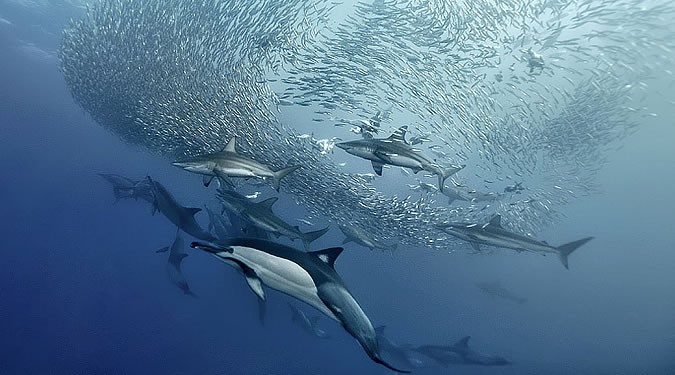 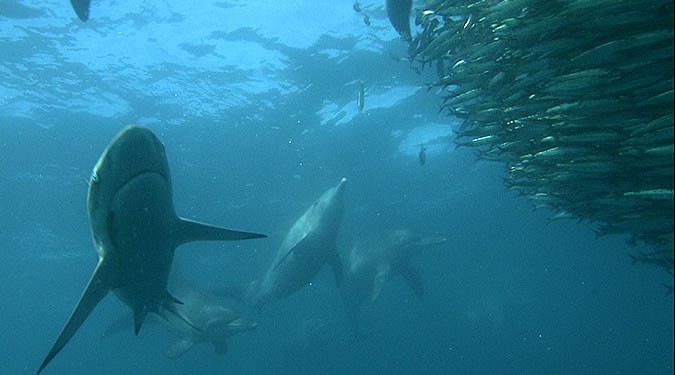 "One of the most amazing pulses of life in the worlds oceans, a phenomenon every bit as dramatic as the great migrations of the African savannah." (National Geographic Aug)

How many sardines do you think there are in a shoal that is fifteen kilometres long, three and a half kilometres wide and nearly forty metres deep?   Billions!

Add in thousands of dolphins, tens of thousands of gannets, sharks, seals, bryde's, humpback and southern right whales, orca’s, turtles and game fish and you have“One of the most amazing pulses of life in the worlds oceans, a phenomenon every bit as dramatic as the great migrations of the African savannah ”.

This is South Africa’s ‘Sardine Run’

A dark, long, twisting mass is clearly visible as it moves slowly northwards patrolled by a large school of bottlenose dolphins. But it is the common dolphin that we are after. These are the mammals that herd millions of sardines into a baitball; a seething mass of life squeezed into an area the size of a small house.

Suddenly there are common dolphins everywhere and a group begin to concentrate their activity in a frenzy of thrashing tails and bubbles. At last a baitball has formed.
You roll back into the water and the baitball is immediately visible. It’s being worked to the surface by the dolphins using a combination of audio signals and bubbles. Taking full advantage of the dolphins co-ordinated behaviour a copper shark suddenly attacks from below, gabbing, biting and swallowing the sardines.

Gannets and cormorants maintain a continuous aerial bombardment, dive-bombing the shoal from above and swallowing the fish whole. As if it were one single silver-plated organism, the shoal, in perfect unity, darts, twists and turns in an attempt to avoid the onslaught. It’s the turn of the dolphins now and with what sounds like a screech of excitement a group charge at full throttle, deep into the heart of the tightly packed baitball. Fish explode everywhere as the dolphins drive through and out the other side, quickly reforming to make another pass.
For the diver this is sheer visual overload and it’s hard to know where to look next.
Back on board the boat you race off to the next forming baitball. Rays scour the bottom, gorging on the easy pickings. Unexpectedly, a Bryde’s whale appears, with mouth wide open, it scoops up everything in its path. The shoal closes behind it, obscuring it from view as though it never existed. This is indeed, the meeting place of the predators and a dive that cannot be matched anywhere in the world!
Your turn
The Sardine Run is comparable to the annual wildebeest migration across the plains of East Africa but until a few years ago this migration was virtually unknown and only experienced by local fisherman.  Now the migrations which take place in May, June and July along the Wild Coast and KwaZulu-Natal coastline are available to the experienced diver.
Microlight aircraft are used to locate the hotspots.  These are then followed by RIB's (Rubberducks), operated by experienced skippers.  This adventure can be experienced in 3 ways.  Firstly, by using SCUBA, awesome when a pod of a thousand dolphins passes under you!  Secondly, with snorkel, which allows quicker access to the fast-moving baitballs and lastly, yet equally exciting, from the boat, viewing the spectacle from the surface.
The Sardine Run can be combined with several other exciting dive locations. There is also a huge array of land-based activities and highlights for the non-diver in and around the region. Please see further details of these on our KwaZulu-Natal pages.